Gujarat government has come up with the Gujarat Ganga Swarupa Yojana to offer pension to widows of the state. The previous scheme Vidhva Sahay Yojana has been changed to Ganga Swaroop Beheno Ne Sahayata Yojana. The entitled scheme for the widow helps to show how transparent is the scheme initiated by the state government. Under the scheme, each widow will get rupees 1250 monthly.

The National Social Assistance Programme Portal has been launched by Chief Minister Vijay Rupani. Through the new portal, it shall help in the direct benefit transfer method for the monthly pension of the widow. In this scheme, almost 3.70 lakh widows, aged people, and disabled women will be benefited belonging to 33 districts of the state. The beneficiary needs to have an active bank account in which the pension amount will be credited in the first week of every month. 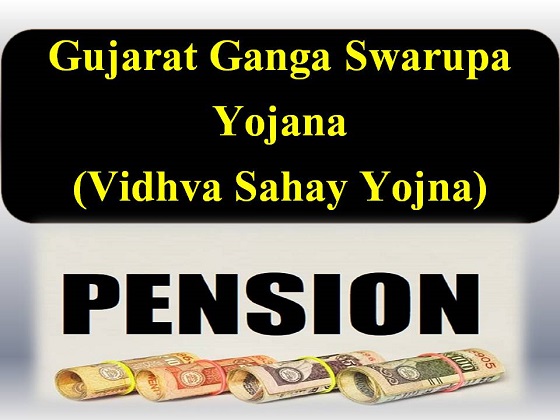 Apart from sending pension amounts to the linked bank accounts, the beneficiary amount will also be given to post office accounts of women. The implementation of the scheme will be done in coordination with the state’s Women and Child Development department.

The Vidhva Sahay Yojana has renamed, and the pension amount has been increased from rupees 1000 to rupees 1250. As per the guidelines of the scheme, the pension amount under Ganga Swarupa Yojana will be deposited within the first week of every month.

Gujarat state government has also increased the annual income-eligible limit from rupees 47000 to rupees 120000. This is applicable to women who belong to rural areas. For the urban areas, the limit has raised from rupees 68000 to rupees 150000. However, there has been an increase in the number of beneficiaries from 1.64 lakhs to 3.70 lakhs.

This apart, the Gujarat state government has come up with other welfare schemes for women. Under this, the state government will offer the benefits soon after the son of the beneficiary lady has attained the age of 21. Some other welfare scheme launch includes Secretary and Commissioner Manisha Chandra, Women and Child Welfare Minister Ganpatsinh Vasava, Education Minister Bhupendra sinh Chudasama, Minister of State Vibhawariben Dave and others. Therefore, to know the details of the scheme, the interested women need to visit the official portal of the scheme. With this, they can know about the eligibility criteria following which they can enjoy the perks of the scheme.