The health care infrastructure in the Indian states requires much development. The central and the state governments realize that the common people cannot afford the expensive treatments, which are available in the private nursing homes. The state run hospitals lack sophisticated surgical instruments. However, the government of Andhra Pradesh has taken the necessary initiative to pave the path for the betterment of the government hospitals. Under the Nadu-Nedu Scheme, the government treatment facilities will be improved so as to offer better treatment to the common people. 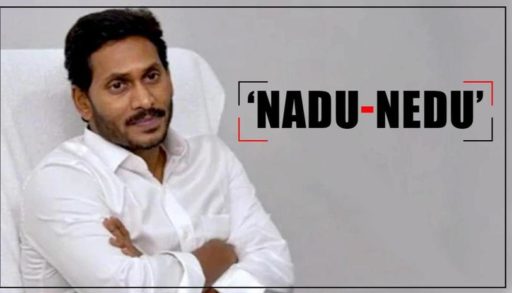 The Chief Minister of Andhra Pradesh, YS Jagan Mohan Reddy was attending a meeting at Kurnool. The meeting was held on the 18th of February 2020. During the public gathering, the Chief Minister officially announced the launch of the Nadu-Nedu Scheme.

The Chief Minister pointed out that the finance department has been ordered to set aside a budget for meeting the necessary expenses. All the government run hospitals and health care centers will be included in this scheme. The present condition of these treatment centers is not up to the mark. The trained staff cannot offer proper treatment as they do not have access to modern machines.

The state Chief Minister said that a special committee will be established. The committee members will assess the condition the state of every government hospital. They will also come up with befitting strategies, which will improve the infrastructure of these hospitals.

The hospital buildings will be repaired and new surgical wings will be added to the existing treatment center. These developments will ensure that the common people of the state get the necessary treatment, without spending a fortune.

Government reports highlight that the successful implementation of the scheme will require around Rs. 12,000 crore. The state authority is ready to shell out this whopping sum to provide better treatment facilities for the common inhabitants of Andhra Pradesh.

The Chief Minister has added that the scheme will be implemented as soon as possible. The success of this scheme will play an important part in developing the overall health care sector in Andhra Pradesh. Access to modern treatment at the government hospitals will eliminate the need to travel to other states for treatment.