Every state government implements social welfare schemes to ensure the betterment of the people, who fall in the financially weak categories. Food security is one of the primary tasks of the state authorities. The poor people get special ration cards. They can acquire food grain, and fuel at low rates, from the state operated ration shops.

However, in a bid to develop the Public Distribution System, the Andhra Pradesh government has announced that the eligible beneficiaries will get special rice cards. It will enable the people to get rice at low rates from the ration shops. The issuance of the rice card will delink the Rice Scheme from the standard PDS. 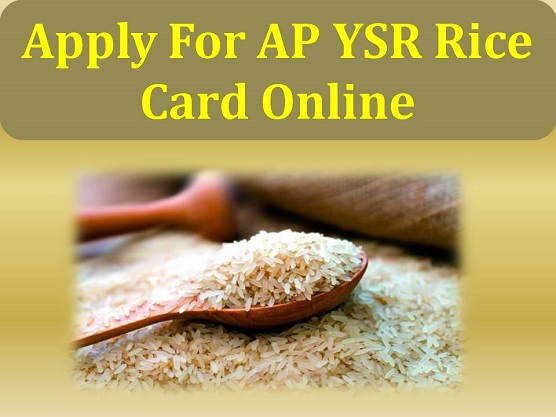 Such an intensive survey will aid the process of data collection. Apart from this, the state government will be able to identify the eligible applicants, which call under the Rice Scheme. These applicants are already enjoying the perks of the existing welfare schemes, which have been implemented by the Andhra Pradesh government.

The Andhra Pradesh government issues white ration cards to the people who come under the BPL category. The authority has decided that it will no longer issue white ration cards. Instead, the eligible candidates will be offered the Rice Card. This pass will enable the beneficiaries to attain the perks of several schemes, which come under the umbrella of Navasakam Scheme.

It has been stated that the official records suggest that the Andhra Pradesh government will have to offer new Rice Cards to as many as 1,29,00,000 beneficiaries. Earlier, 1,47,00,000 beneficiaries used their ration cards to attain food grains and fuel from the ration shops at subsidized rates.

The move has raised an alarm among the common ration card holders, and the state opposition parties alike. The other political parties have criticized the present YSR government.

The officials of the Food and Civil Service Department have shed light on the face that after scrutinizing 18 lakh ration cards, they were unable to locate the residential proof of many applicants. They also stated that around 2 lakh applicants suggested that they had lost their ration passes. However, 8 lakh candidates surrendered their ration passes on their own. 6 lakh applicants suggested that the state government wrongfully cancelled their ration cards, even when they meet the PDS scheme requirements. The respective government officials have assured such candidates that their passes will be scrutinized.

The state government is aware of the fact that many people 5take the benefits, even when they do not meet the financial and social criteria. Proper collection and verification of data, under the Navasakam Scheme will shed light on these people. The state government will check the collected beneficiary details, and a six-step screening system has been developed. These checks will ensure that the PDS operations are hassle-free and transparent.

The ward volunteers are conducting the survey. The data will be sent to the respective government department for verification as soon as possible. The Andhra Pradesh government can start the issuance of the Rice cards once the beneficiary authentication is complete.