In the last public address, the Prime Minister said that the country is going through the tough phase. The rapid spread of Coronavirus is claiming more lives each day. The absence of a preventive medicine is making matters worse. Lockdown and self-isolation can reduce the chances of contamination. The countrywide lockdown has been extended till the 3rd of May, 2020. The stagnation has made it impossible for the farmers to store and sell their crops in the markets. It, in turn, cuts down the supply of essential commodities and vegetables in the market. The Andhra Pradesh government has come up with a new scheme to resolve this issue. The YSR Janata Bazaars scheme will be implemented in the state as soon as possible. 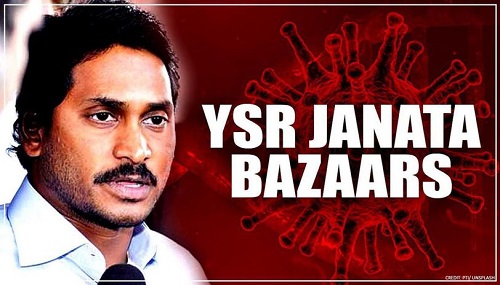 The normal markets are no longer operating during the lockdown. The Chief Minister of Andhra Pradesh, YS Jagan Mohan Reddy has conducted a meeting with the state officials in the second week of April 2020.

The state ministers and top officials were present in the meeting. At the end of the meeting, the Chief Minister said that around 22,000 Janata Bazaars will be established in the state. The common agricultural workers will be able to store and sell their crops at these special markets.

Apart from this, the Chief Minister also stated that it will be easy for the state authority to transform the 11,000 Rythu Bharosa centers into Janata Bazaars. It will make the implementation process easy.

Benefits of the Janata Bazaars

The Janata Bazaars will enable the state government to procure crops and food grains, directly from the agricultural workers. As these markets will be regulated by the Andhra Pradesh authority, the farmers will get the Minimum Support Price to ensure the financial security of the crop growers.

During the meeting, the Chief Minister ordered the state officials to detect the locations, where the Janata Bazaars can be established. It has been mentioned that the market location will be selected so that it become easy for the farmers, and buyers to make the necessary transaction. If the lockdown extends further, the Chief Minister will be able to pack and send the essential commodities to every house. It will eliminate the need for common people to venture out of their homes.

Associated infrastructure in the Janata Bazaars

Apart from this, the state government will make the necessary arrangements to transport food crops, vegetables, eggs, fruits and milk from the Janata Bazaars to the other markets. The trucks will have in-built features, which will prevent the decay of the perishable food products. Liquid items can also be transported in these special vehicles.

The common people are worried about the availability of the food grains, medicine and essential commodities. However, the Andhra Pradesh government has already mentioned that there are adequate food grains in the state granaries to sustain the needs of the residents of Andhra Pradesh. Access to these details, and proper distribution of ration, during these dark days, will keep civil unrest at bay.